Culinary tourism: what a food blogger brings to the table

by Sheila Scarborough | Nov 28, 2009 | Reaching out to bloggers and travel media, Tourism Marketing on the Web, Travel and Travel Media, Video, Web Communications 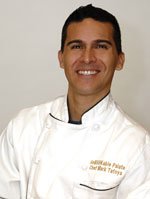 Although I’m not personally a big fan of press trips/”fam” (familiarization) tours, I will admit that one of the major upsides to the Hawaii Tourism Authority’s So Much More Hawaii blogger tour was the chance to meet some of the extraordinarily creative wired writers, photographers and videographers who were on that particular trip.

Let me introduce you to one of them – Mark Tafoya of The Gilded Fork Home of Culinary Media Network (@ChefMark on Twitter) – and through some of his videos, explain how your destination can benefit from culinary blogger coverage (either through press trips that include them, or even better, by also finding and supporting your own local foodie bloggers.)

Culinary tourism highlights your local restaurants, farms, cooking schools, bakeries, chefs, etc. as a way of attracting visitors to your destination.  A few places that are significantly developing culinary tourism include Asheville, North Carolina, British Columbia in Canada and Fredericksburg, Texas. The NAFDMA blog, in another example, supports farmer’s markets/agricultural tourism and how that ties into bringing foodie visitors to your town.

Don’t forget the online work of your locals, either, like Massachusett’s Diary of a Locavore in the Cape Cod area, Austin’s Texas Locavore or the Cincinnati Locavore. 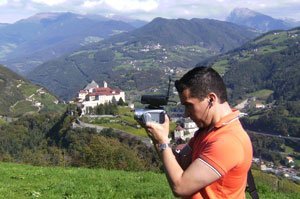 Good food writing is very visual, so a blogger who can also shoot mouthwatering photos or video is a major bonus; that’s exactly what Mark Tafoya does with his video blogging (or “vlogging.”)  Not only does a food blogger have a much bigger “content tool bag” than his/her print counterpart (they can do video, photos and audio podcasting in addition to text) but a blogger like Mark also has a strong presence on other social media sites like Twitter, Facebook, Flickr and YouTube.  Their content about your destination simply shows up in more places online than it ever could with a one-off magazine article.

When we were together in Hawaii, I was in awe of Mark’s ability to shoot quick videos and photos (everything from a Kauai coffee plantation to a Big Island abalone farm to a Honolulu fish market) then upload them simultaneously to numerous places online.  His many fans, friends and fellow foodies were constantly interacting with him through his iPhone, which made it even more fun and spread his work even further.

Here are two examples of what a savvy food blogger can do in two very different locations:  Virginia and Hawaii.

The Virginia videos were filmed in Colonial Williamsburg and historic Jamestown; they cover Colonial-era baking and cooking.  They are more polished because they were shot at a slower pace and there was more time to smooth and edit them.

**  Here is the URL directly to the Virginia videos if you are reading this in RSS or can’t see the box below. **

The Hawaii videos were much more of an “on the fly” production.

We were moving from island to island, with only evening hotel time to do any significant video editing or uploading. Mark did lots of “Quick Bites” segments, with basic equipment and sometimes-iffy Internet connections, but the immediacy is part of the charm (you can see my son and I in the “Volcano Lunch” QuickBites segment.)

**  Here is the URL directly to the Hawaii videos if you are reading this in RSS or can’t see the box below. **

Based on Mark’s examples, think about how you might incorporate a culinary travel blogger’s work into your destination marketing efforts. I’d love to hear any of your ideas in the comments below.