How to listen online: get an army of ears 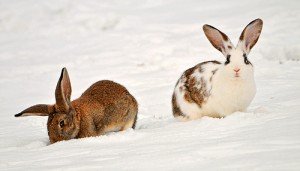 Remember that old saying (maybe from your parents) that there’s a reason you have one mouth and two ears?

It certainly applies to online communications.  Try to listen more than you talk….I know, I know, rather strange advice coming from a talker like me, right?

The first thing to do before jumping into the social Web is to listen (one of our Tourism Currents newsletters has a few tips for better Google Alerts.) Pay attention to the chatter that relates to your destination:  the tweets, the Facebook Wall posts, the blog posts, the photo uploads to Flickr, etc.  Be a “lurker” for awhile, as you might at a party with unfamiliar people.

It’s still very important to continue listening even after you’re comfortable using social media tools.  A lot of hassles and embarrassments can be forestalled by paying attention.

Here’s a tweet that I saw from a well-known tech journalist about the Outrigger Reef Hotel in Honolulu:

“No one should *ever* stay at the outrigger reef in honolulu. We’ve been cheated and abused *daily.* outrageous. Full [blog] post to come.”

When I saw that, I figured that Outrigger management (although they’re on Twitter) probably had no idea that this person was angry and was going to get vocal about it.  So, I sent a quick Twitter DM – private direct message – to a friend in Hawaii who works in tourism PR, giving him a heads up that he needed to go warn someone at the hotel just in case they’d missed the brewing storm.

Funny how that works, because here is the next tweet about the issue from the angry journalist:

“just got a nice call from the Outrigger’s GM [General Manager.] Very responsive and nice about all the problems we had. i think he really cares.”

Here’s the takeaway:  part of the listening process is having your connections out there listening, too, and making sure that important information gets to your digital ears quickly.

You need an army of listeners who care about you.  It’s called a network, and you probably already have one.

Just make sure that they have their listening ears turned on and tuned in.