Baby Boomers are getting Sputnik’d by tech and social media 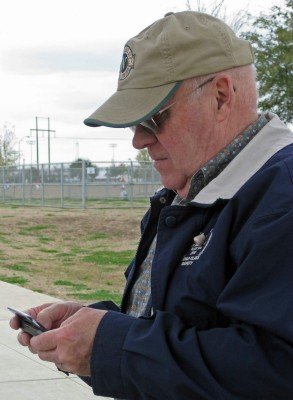 This was the generation that saw the Soviet Union launch the beach ball-sized Sputnik I spacecraft in 1957. That moment was a turning point in the life of then 10th-grader Homer Hickam, author of the book Rocket Boys and subsequent movie October Sky.

Sputnik motivated Hickam and an entire nation to embrace technology, kick-start the “space race” and put a man on the moon by 1969.

Boomers were the original geeks.

They watched the earliest television programming (including Star Trek starting in 1966) then bought the first color TVs.  They saw increasingly more sophisticated cars on the road, a telephone installed in every house and electricity delivered to every nook and cranny of the nation.

Their superb tech heritage is going by the wayside, however, as many are letting themselves be Sputnik’d….surprised and intimidated….by thumb-texting, Facebook-ing, tweeting younger folks.

There was a time when this generation led the way in technical prowess, and not just those in their 20’s and 30’s.  Grace Hopper was writing and creating the COBOL programming language in 1955, when she was 49 – which is my age right now.

Too often, I see my peers and older Boomers wave their hands helplessly about computers, smartphones, digital cameras and social media.

They say, “I’m not really a tech person” or “I don’t understand this stuff” or “I don’t want to mess with this. I’m too old, I guess.”

With their combination of life experience, perspective and tech-savvy history, they could run rings around all of the young punks.   Psychology Today says that:

“Baby Boomers are not the Luddites that some media critics seem to suggest, and in fact are very plugged in to technology adoption, something that marketing initiatives have yet to reflect.”

Show me more of these plugged-in folks, like boomer travel blogger Donna Hull, or business analyst Miss Dazey or communications wizard Connie Reece. Maybe the helpless hand-wavers I’m seeing are not the norm.

I’d love for that to be true.