Why Hutchinson, Kansas was chosen for the 140 tech conference 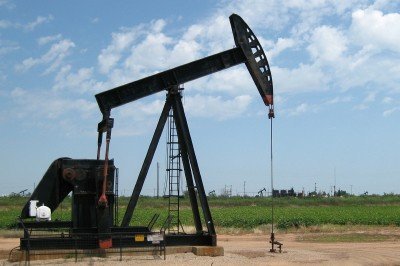 There is an exciting new development for anyone who has ever wondered how to attract buzz and interest to their small town or rural area….and I’ll explain what a pump jack photo (to the left) has to do with it.

The popular 140 Characters Conference series – about Twitter and other communications in the “State of Now” –  has added a location to their event lineup that previously included gatherings in Los Angeles, Boston, Tel Aviv, New York London, San Francisco and Detroit.

It’s the 140 Conference SmallTown in Hutchinson, Kansas, at the historic downtown Fox Theatre on November 1, 2010.  There was an article about it in the Wichita Business Journal:  Big-city Twitter event coming to small-town Kansas.

If you’ve ever wanted to see how small towns and their economic development can benefit from technology, join me in “Hutch,” because I will not miss this one.

How did this thing end up in small town Kansas? Because of social media connections over a photo, and a blogger familiarization tour/press trip.

My Tourism Currents business partner Becky McCray posted a pump jack photo of her own onto Twitter  Update: Becky says it was the other way around – Hutchinson business guy Cody Heitschmidt put up a pump jack TwitPic photo and Becky saw and commented on it.

Becky and Cody then kept up a friendly chatter on Twitter for months. When Cody said that he’d like to work with his local CVB and the Cosmosphere space museum to bring some bloggers to see his hometown, Becky agreed to be one of them….and convinced me to go, too, despite my general skepticism about blogger fam (familiarization) tours.

It turned out to be a smashing success and an example of great tourism outreach (plus how else would I have gotten to see artifacts from Liberty Bell 7 at the Cosmosphere?)

So, guess which town was top of mind when Becky started organizing 140 Conference SmallTown?

It was solid social networking by some of the Hutch townsfolk, pure and simple.  They’re going to bring WiFi into the gorgeous Art Deco Fox Theatre, fill it with a bunch of blogging/Facebooking/video-ing/Tweeting geeks, and connect that town to the whole planet.

This is truly groundbreaking; it speaks to how the Web is starting to allow us to live where we want and connect with people worldwide from wherever we want to, as long as we have an Internet connection.

Want to attend? There’s still time – use code 140disc when you register here, and save $40 off of the ticket price.

See you in Hutch!