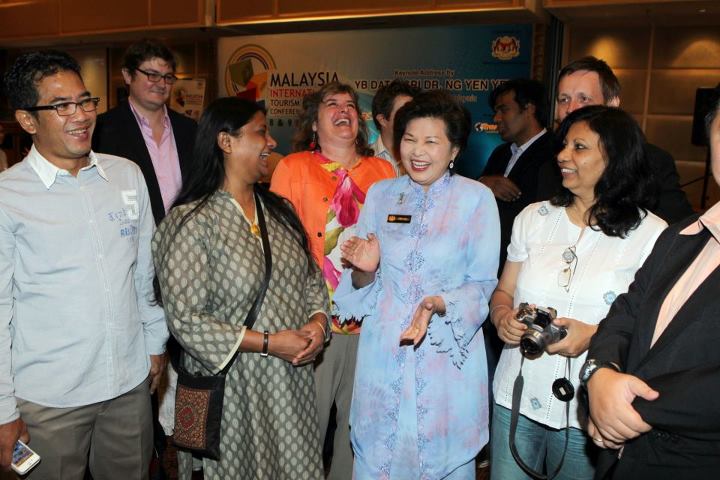 It’s been a few weeks since the inaugural tourism bloggers conference in Malaysia (MITBCA 2012), but now that I’ve stopped running around the globe for a few days, here are some takeaway thoughts:

**  The Minister of Tourism for Malaysia, YB Dato’ Sri Dr Ng Yen Yen, can rattle off statistics about the social media spend by her neighboring countries, and she’s quite comfortable discussing how Facebook, Twitter and blogs can help tourism in Malaysia. Leadership starts at the top, and she made the conference happen (even hand-selected some speakers, I’ve heard. Glad I made the cut!) A CVB, DMO or Tourist Board should not have to drag the boss along to the future of communications; I loved being someplace where it was quite the opposite. 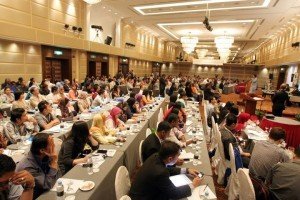 **  The future of CVB and DMO staffs, in many cases, are the students who are currently taking college courses in tourism, recreation and hospitality. At MITBCA, the Minister herself insisted that local tourism students attend, plus as many of her own staff members as she could spare.  Just because students may use social media for personal communication does not mean that they understand how to use the same tools for destination marketing with a worldwide reach.

**  The opportunity to connect and develop friendships with fellow bloggers from Malaysia, Indonesia, India, Australia and more was simply priceless.  I’m deeply grateful to have had the opportunity. 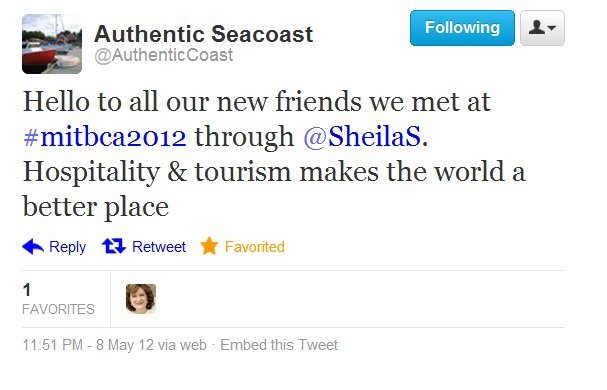 **  My Day Two keynote talked about “regular folks” who understood the power of social media early on, and have raised the profile of their town/country by using it in a personable way. Folks like Cody Heitschmidt in Hutchinson, Kansas, Liza Pierce in Maui, Hawaii, Doug Anweiler with the Authentic Seacoast Resorts in Nova Scotia, Canada, and the #ScotlandHour chat on Twitter. One of the highlights of that session was when both Cody and Doug jumped into the #MITBCA2012 hashtag during and after my presentation, and responded to the attendees who were tweeting that I was talking about them.  I did not expect such a quick response (Liza chimed in later from Maui because of the time difference) but it made a HUGE impression on the conference that those two guys were paying attention and were happy to converse with everyone. 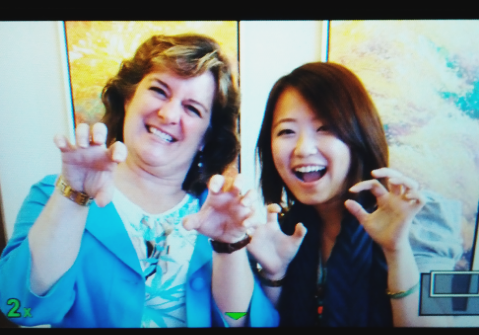 **  I’m just me, no big deal, but at this event I was an “international expert.” I mean, I know some stuff, but I did feel a little odd when people lined up to speak to me. Finally I decided to quit feeling awkward about the hoopla, answer every question as best I could, and humbly accept that I’d become something of a guide and mentor to a few lovely people.

**  If I’m going to do more speaking at international events (and I’d love to!) I’d better figure out how to get around jet lag a little better. Of my two keynote presentations, I felt that the first one was weaker than the second because I was in a bit of a fog and a couple of times I caught myself not moving very logically from one point to another. Note to self: do extra rehearsals when you know that jet lag will hit. I literally MUST be able to “do the speech in my sleep.” 🙂

Here are some of the wrap-up blog posts by my fellow speakers and attendees; I do recommend that you take a look at a few, because they provide some wonderful additional perspective on this special conference:

—>>  From Indian travel blogger and conference speaker Anuradha Goyal, on the event as a Malaysia Marvel

—>>  From TravelBlog founder, adventurer and event sponsor Ali Watters, on his ….first big conference after “10 years of hiding on islands or mountain tops”

—>>  From a local tour guide: MITBCA coverage and impressions by the owner of Alan’s Malaysia Tours & Travel

—>>  From speaker Shane Dallas, “The Travel Camel,” his delightful Confessions of a Briefly Famous Travel Blogger

—>>  From attendee Jessica Tan, “The JessiCat”, full coverage plus photos of the MITBCA Blog Awards and evening gala event

—>>  Thoughts from one of the blogging award winners on MITBCA

—>>  I had fun meeting one of the bloggers who had commented on my original announcement post, Zahari Unczee who wrote about the conference on his ….as I travel blog

—>>  (Addition)  Media Monitors/Asia had a Global Connections post about MITBCA 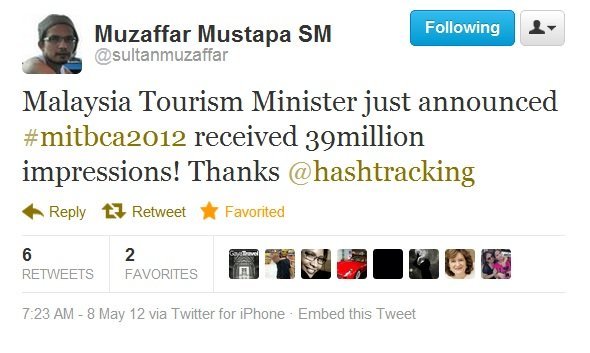