by Sheila Scarborough | May 30, 2012 | Web Communications, What This Blog's All About 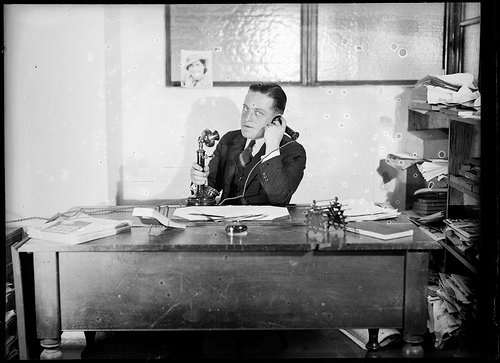 An interview in the business section of my local paper featured strategist Peter Kim discussing business and social media.

Nothing in it was particularly new or striking unless, frankly, one has not been paying attention to recent seismic shifts in communications, but the final Q and A bothered me….

Q from the reporter: Does Austin have potential to become a social media hub?

A from Mr. Kim: Austin businesses were definitely early pioneers in the social space. Bazaarvoice and Pluck were helping companies connect with online users before the phrase “social media” was in vogue. But far and away, Austin’s most powerful global door opener is SXSW Interactive. Around the world, that’s one of the first things people mention when they find out I’m from Austin. We could easily leverage that recognition and our local talent to become the social media capital of the world.

In my view, no one location should endeavor to be “social media capital of the world.”

That’s like saying you want to be the Email Capital of the World.

The Telephone Capital of the World  (smart words from Liz Strauss on social business, “In any sentence that uses the term ‘social media,’ you should be able take out that term and replace it with ‘telephone,’ and the sentence should still make sense.”)

The Pen Capital of the World….actually that used to be Birmingham in the UK….here’s the Pen Room Museum about it….Squirrel!!

It is a way of thinking and a way of communicating, and it is rapidly becoming the norm. If it is not your town’s norm right now, it will be.

That – rather than the latest Facebook design change or other twaddle – is what people need to come to grips with and understand and prepare for, and they need to do it sooner rather than later.