The ROI of social media: one woman’s proof 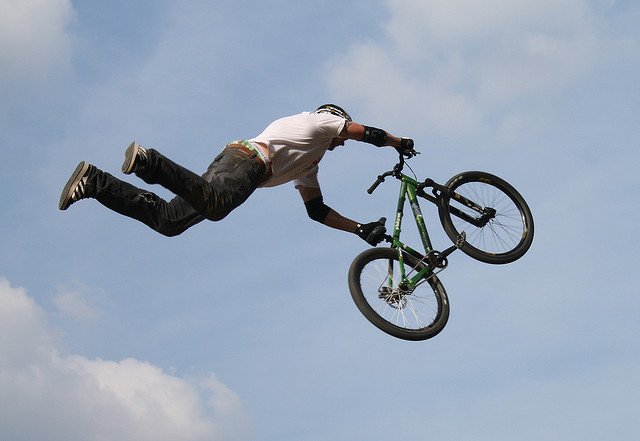 Here is a social media ROI (Return on Investment) case study with a sample group of one: me.

This is what the dashboards, analytics and all that jazz have such a hard time showing you, but that doesn’t mean it doesn’t work.

A few years ago, I heard about a guy named John O’Nolan while following a Twitter hashtag from a travel blogging conference in Europe where he was one of the speakers (I think it was Travel Bloggers Unite.)  John sounded smart and interesting. I met him in person – no more than a hello and a quick handshake – at the TBEX: Travel Blog Exchange travel blogging conference in 2012. He was also part of the now-defunct Travelllll.com site, which I read and liked.

On April 29, I got an email from him (he sent a one-time announcement to the leftover email list from Travelllll.com) about his latest project, a Kickstarter campaign to fund a new blogging platform called Ghost.

I thought, “That’s nice, but I’m fine with WordPress. I wish him well.”

The next day, I happened to see a tweet by Darren Rowse of ProBlogger that the Ghost Kickstarter campaign had raised all their funding within 12 hours. Wow!

Since I never “sensed a disturbance in the Force” demanding new ways to blog, I decided that maybe I’d missed something, so I took a few minutes to watch the video about Ghost that was embedded in Darren’s post, and from that video learned that a Senior Developer from one of my very favorite businesses (Hannah Wolfe from MOO.COM) is heavily involved in creating Ghost.

Now, not only is John worth supporting, but also ….

1)  I absolutely adore everything about MOO – how their website works, the way they make my Tourism Currents business cards, the funny Buzzword Bingo cards that they ship with some of their print products – everything! Anyone associated with that fabulousness is my kind of person, and,

2)  The world needs more geeky women, so I’m happy to see Hannah in the thick of developing Ghost.

That was it for me. I headed over to the Ghost Kickstarter page, pulled out my credit card and pledged to the cause (it’s the first time I’ve ever given money on Kickstarter.)

I connect with John on Twitter, I read the travel industry blog he’s associated with, I open and read an email from him because his name was on it so I trusted it, I see additional compelling info about his project via a tweet from a blogger that I also trust, I read the blogger’s post and watch a video within that post and I learn of a connection with a company I already admire thanks to their great products and customer service.

All of that (“touch points” in marketing-speak) was what it took for me to go slap down some money for building a blogging platform, not because I dislike my current platform, but because I like and trust the people involved and want to help them succeed.

Yes, that is only one example of a positive ROI from social communications. Yes, if I hadn’t drawn the thread for you, it would be hard to prove that some hashtagged tweets from a conference a few years ago led to a conversion and real money …. but it did.

Multiply that times thousands/millions, and allow time for things to develop – I mean allow months and years, because this is a long game – and there’s your positive return on the investment of human relationships and trust started and nurtured through social media.

Sometimes it’s quick and “easy,” but most of the time it’s tangled and slow, because we’re talking about people and trust and time.

Start asking customers how they found you and why they bought from you; it’s such a basic thing to do, but sometimes it’s the only way to capture the proof that what you’re doing with social media does matter, and it does bring results.