Travel Post Friday: the closer to the ocean, the better. For the ions, you know. 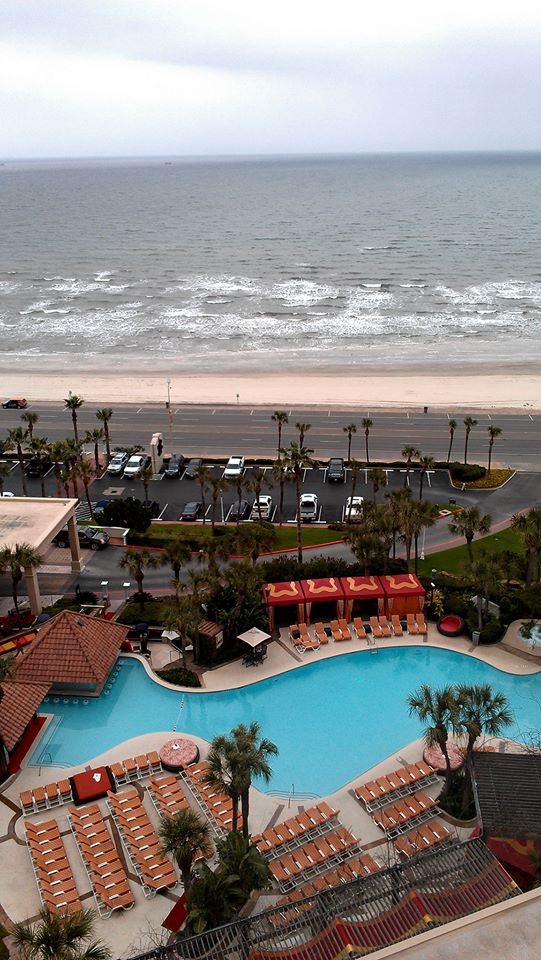 If I can walk out onto a balcony, hear waves crashing and smell that salty smell, I’m a happy hotel/house guest.

Really, what else would you expect from a formerly seagoing Navy woman?

My husband Chris Fancher told me when we were dating (in the seaside town of Newport, Rhode Island) that “negative ions” from the sea act as a mood-booster. Since I was always in a good mood around him and we were often near the beach, it must be true, right?

During a recent trip to do some social media training on Galveston Island on the Texas Gulf Coast, I woke up to this view at the San Luis Resort and Conference Center. A basic oceanside hut on a beach somewhere would make me happy, too, but since it was late winter it was enough to sit on the balcony at the San Luis, wave at pelicans flying by and feel myself relax.

Combined with eating plenty of seafood – I liked Nick’s right on the seawall – it was a great chemistry experiment with the ions.

Tip: apparently you can get the same negative ions near a waterfall or even a shower, so don’t despair if you’re a long way from the ocean.