Travel Post Friday: On the Air with King Biscuit Time 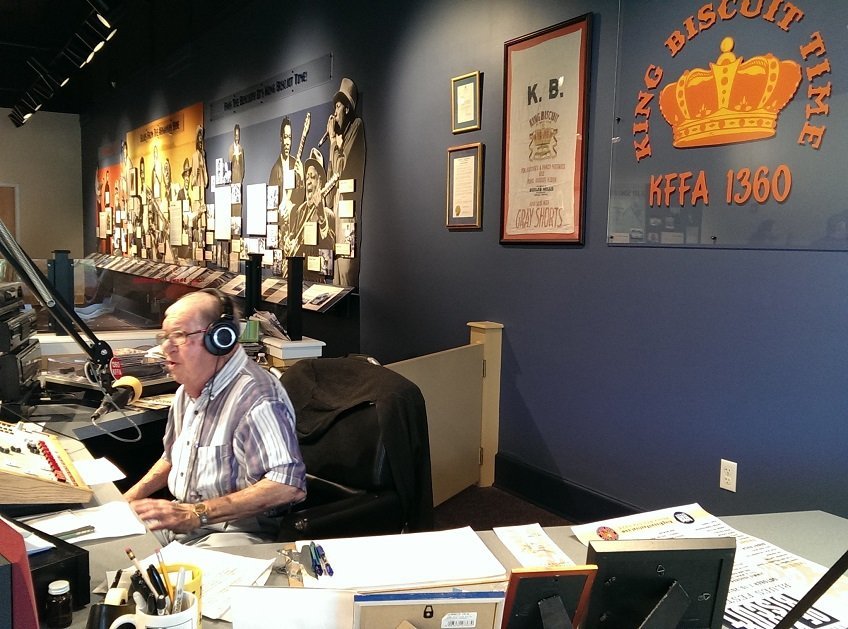 (Disclosure – I was a guest of the Mississippi Delta Tourism Association on this trip, so my travel expenses were paid for.)

“Is it okay to sit on these benches?” I asked.

“Those are the $10 seats. You wanna come in here [to the broadcast booth,] that costs $15,” said the 90-year-old host of the King Biscuit Time blues radio show, “Sunshine” Sonny Payne from behind his microphone.

“Well, I’d pay $50 to go back there!” I laughed, and Sonny shook his head, smiled and waved me into his booth that is tucked into a room at the Delta Cultural Center in downtown Helena, Arkansas.

I shared seats during KBT Show Number 17,353 with travelers Chris and Mike from Indiana, plus Linda Broome who is the Executive Director of the King Biscuit Blues Festival that was coming up in Helena later the next week. 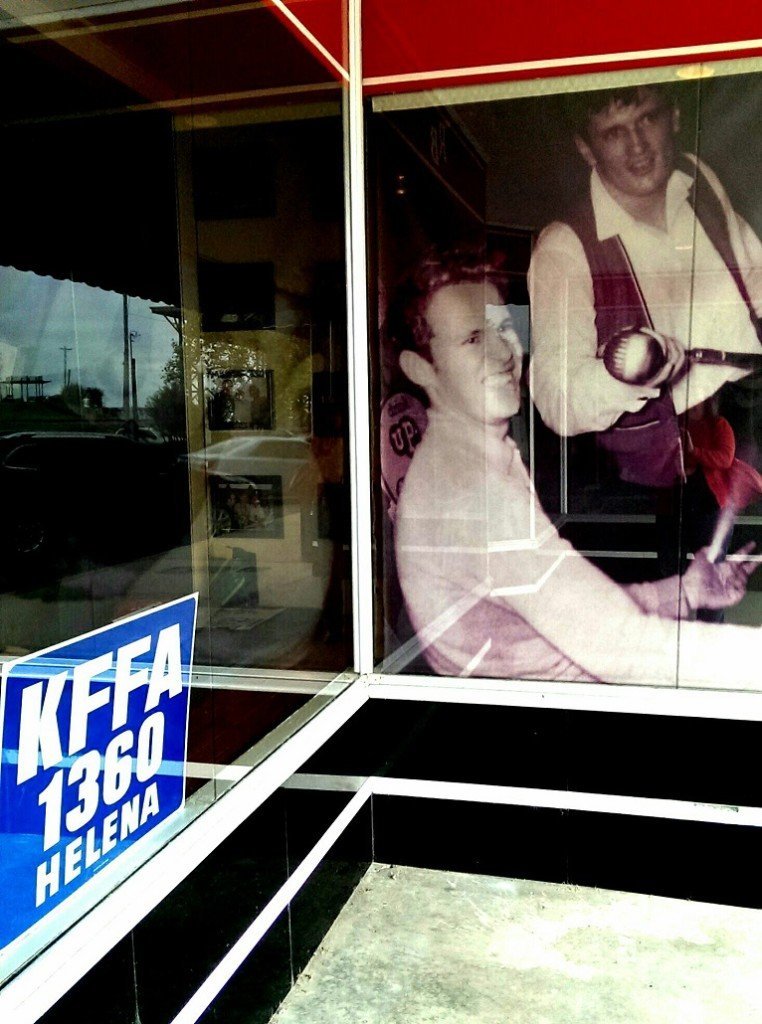 Standing on the sidewalk looking in – the exterior of the Delta Cultural Center King Biscuit Time section in Helena, AR.

They’ve been saying that since 1941 on KFFA AM radio 1360. If you’re in broadcast range in the upper Delta, Mondays through Fridays 12:15 – 12:45 p.m., tune in on your AM radio and hear the scratchy sounds of musical history. This show took blues music and its artists from the obscurity of juke joints and cotton fields, and shared their rhythms to the entire region through technology – radio.

Today, technology helps to share the blues far beyond the Delta, around the world.

Even better, go see it broadcast live; it’s a memorable and intimate experience that forces you to slow down, soak it in, and live in the moment, similar to seeing the Grand Ole Opry broadcast from the original Ryman Auditorium. 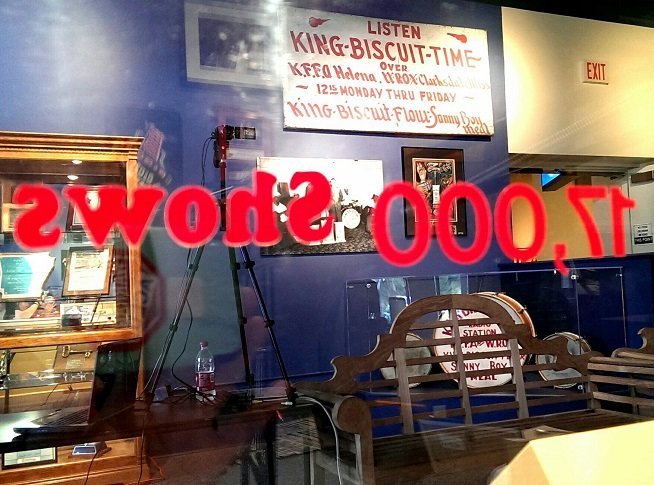 Looking out from the King Biscuit Time booth, with over 17,000 shows broadcast from downtown Helena AR.

Sonny Payne expertly pokes buttons on his console, waves his hand to the music, shuffles playlist CDs in and out of the player, occasionally stretches out an achy shoulder, makes jokes and talks to visitors on air, and encourages listeners to patronize show sponsors like the local Ford dealer, and the Shack Up Inn over the river and to the south in Clarksdale, Mississippi.

Ever the perfectionist, he says as he turns the microphone over to the next show, “You got it; don’t give me no dead air.”

Photos, artifacts, and placards about the show and the blues surround the broadcast booth and line the room, so be sure to spend some time wandering through it and the rest of the Delta Cultural Center, either before or after the show.

If you want to see and hear my own experience, here’s the 30 minute King Biscuit Time archive video and broadcast for the day I was there, (update – the video unfortunately doesn’t load, and I haven’t been able to find other audio or video of the session) being teased by Sonny and tapping my feet to songs like Robert Junior Lockwood’s “Kind-Hearted Woman.” I’m on air to be welcomed as a guest at about time 13:40 of the video.

There are music festivals and events in and around Helena in addition to the King Biscuit Blues Festival – see Bridging the Blues for musical happenings throughout the Delta. If you want to stretch your legs and see more scenery, try the nearby Delta Heritage bike trail, a newly-opened Rails to Trails project.

But visit with “Sunshine” Sonny first.

All photos by the author.