A snapshot of Snapchat for tourism

My Spidey sense tells me that it is time for DMOs (Destination Marketing Organizations) to take Snapchat seriously as a way to connect with visitors.

It’s been more than two years since I wrote a post on here titled, Why Snapchat? Because they’ll open it, after attending a tourism summit in Philadelphia and hearing from the Philadelphia Eagles marketing team.

Then, about a year ago, I wrote about finding travel stories on Snapchat when I realized that I was checking it almost every day for the latest Story snaps from places and events around the world. 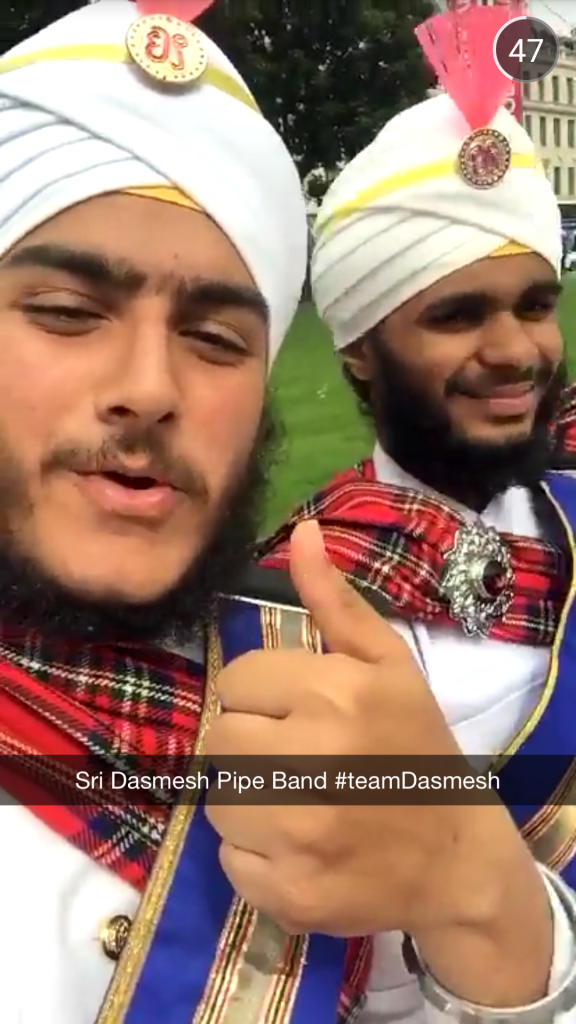 Since then, I’ve played around on a personal Snapchat account and watched tourism pros figuring out how to use it to connect with people, especially if their marketing goals include connecting with a young audience.

If your market is not there or you don’t have the resources to take on another social channel, THAT IS OK. Lurking and learning is fine.

Claim your Snapchat brand name so someone else doesn’t get it, set up a personal account to experiment with when you have time, and don’t stress about it. Go write a blog post or Facebook Page update or send an email to your list or update your website. 🙂

Meanwhile, as college basketball coach Shaka Smart says, “take ownership of your learning.” There’s a How to Use Snapchat Guide that’s pretty well buried on their site; hat tip to Lauren Cleland from Visit Savannah for telling me about it.

Here are some ideas for you….I picked up my phone this morning and took a series of screenshots of snaps, to show you how different brands are using it across one, single day.

When in doubt, talk about the weather, like Adirondacks, USA 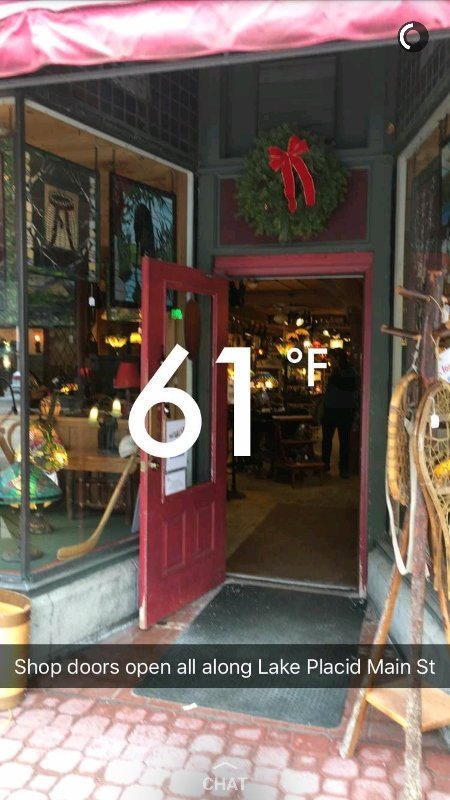 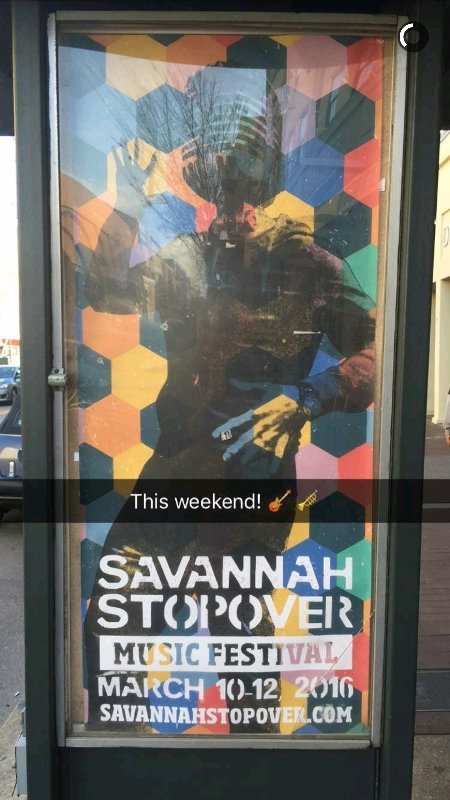 Share upcoming events on Snapchat, like Visit Savannah is doing with this simple snap of a music festival poster. They’re VisitSavannah on Snapchat.

Invite everyone to the bar, like Nautical Beach Resort in Lake Havasu, Arizona 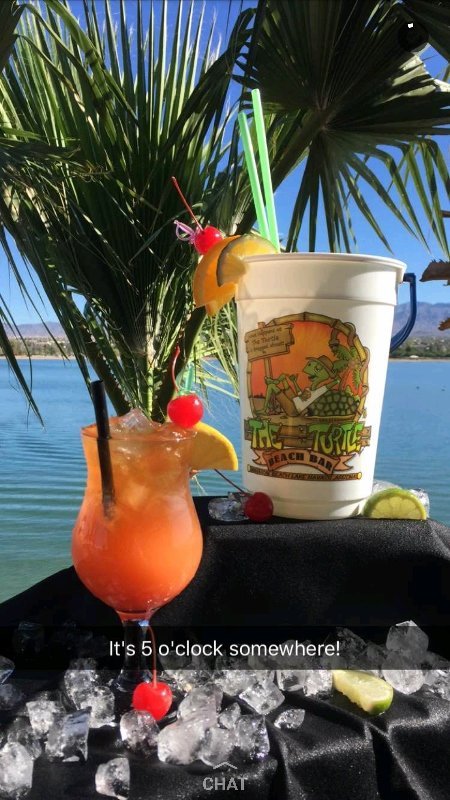 Nautical Beach Resort in Lake Havasu Arizona uses Snapchat to invite everyone to the bar. They’re nauticalresort on Snapchat.

Do some newsjacking; get involved with celebrations & National/International “Day of the….” 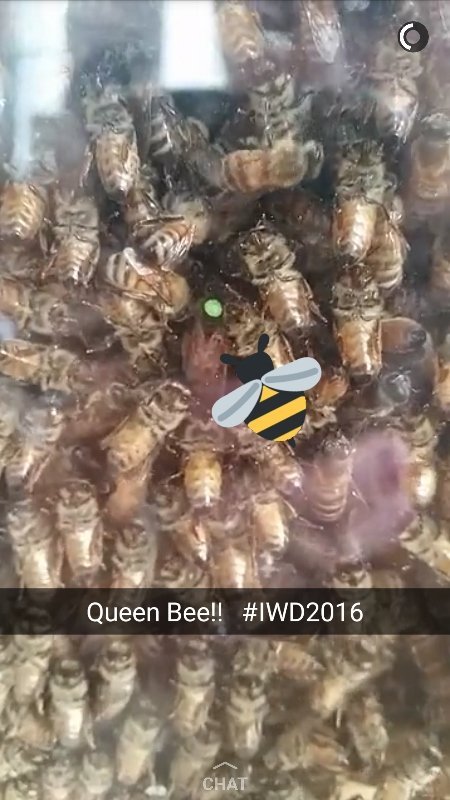 Snaps on Snapchat don’t have to be long, complex multimedia creations. Start with just a still photo or two, add some text or drawings, and keep it super-short. That’s what people want anyway.

Finally, when in doubt, talk about your destination’s special food or drinks.

The screenshot below from Pure Michigan tourism was a few weeks ago and not part of today’s one-day roundup, but it illustrates my point. It’s one of a series of snaps from a tour around the state eating pączki Polish pastries, a local favorite.

Tough job, but somebody’s got to do it!

Update: Belatedly, I realized that I DO have a food example from today’s snaps – the San Francisco tourism folks (OnlyinSFTV on Snapchat) have a story up featuring La Urbana Mexican restaurant. 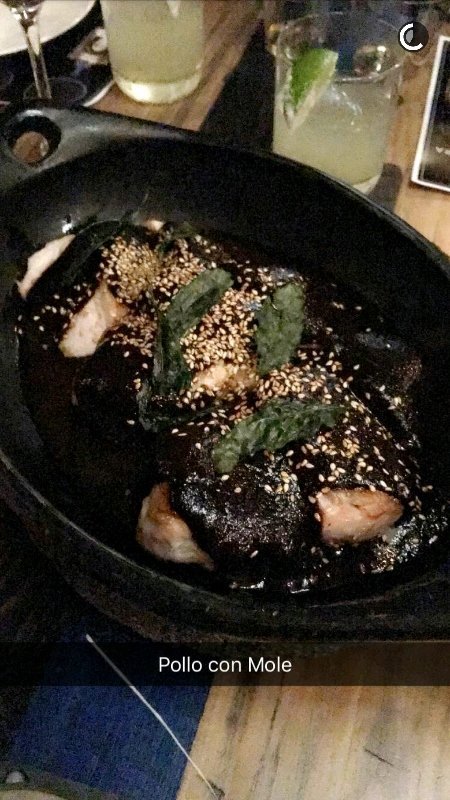