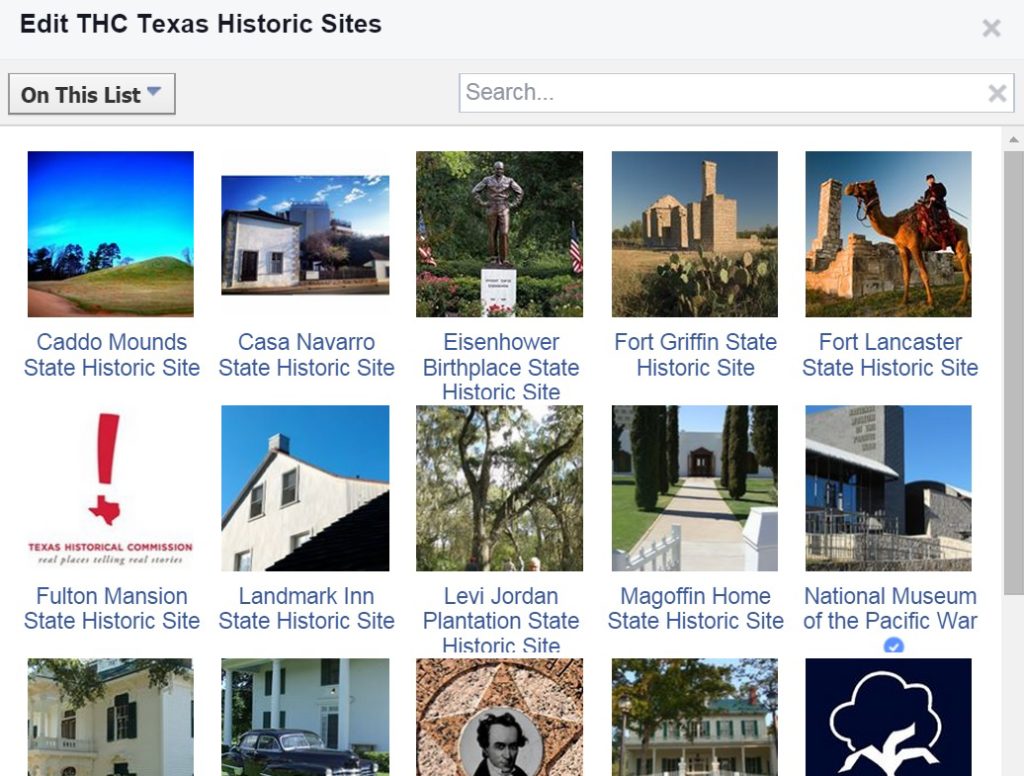 Screenshot of a Facebook Interest List that we set up for some Tourism Currents clients. Very handy for tracking, in one place, what folks were talking about on their Pages, rather than manually going from Page to Page to see their latest posts.

Boy, I hate just stumbling without warning on the demise of a favorite feature….

I was a big fan of setting up Facebook Interest Lists of the Pages run by Tourism Currents clients and prospective clients. Such lists meant that I could click one link on my News Feed left sidebar, see all the latest posts from a certain group, and Like/Share/Comment on each one as appropriate.

It was an easy way to keep in touch with folks, stay visible to them, and give their posts a little algorithm help, too. It was smart business. We showed people how to do it all the time in our social media workshops for tourism.

Now, it looks like Facebook is removing the Interest List feature. I discovered this when I went to confirm the list setup process – in case it had changed, as things do – and I couldn’t find the “Add a List” feature on my News Feed left sidebar any more.

I am NOT happy about this; it was super-handy to be able to show a CVB, DMO, Chamber of Commerce, or Main Street organization how they could see tourism partner Facebook updates all in one place.

This is another reminder that Facebook controls Facebook, not you, so don’t get too fond of any of its features.

—->>  Update December 2016  –  First, I’ve found that I can still see my old Interest Lists, but only on mobile, in the Facebook app on my phone. I can’t see the list of List members, but at least I can see the latest updates from them. It’s all gone from my desktop.

Second, thanks to suggestions from the comments on this post, I’ve been experimenting with adding Pages to a Facebook Friend List. The Friend Lists are supposed to be for grouping together certain people/personal profiles. You find them in your left sidebar. Facebook may have already auto-created some for you, with names like Family, or ones with people from your high school or college. When I created a new Friend List, it would not let me add a Page to it unless I had at least one person already in it. So far, this has worked for me. Since I can still see my Interest Lists on mobile, I’ll try to re-create them as Friend Lists as quickly as I can before they totally disappear.

Update August 2018 – they’re removing the Facebook Friends List feed feature – your lists don’t go away (you can still share updates only to people on certain lists) but you won’t be able to look at a feed with only updates from people/brands on a list any more. It’s all to drive you to the central News Feed so they can serve up ads to you there.