Travel to teach your kids: what my daughter learned in Belgium’s Flanders Fields 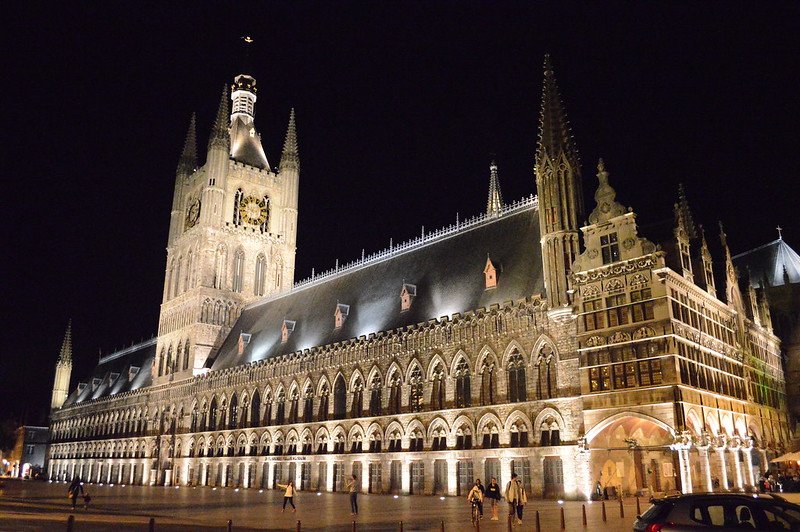 There is much more to Belgium than eating great chocolate, swilling down handcrafted beer, and buying lace tablecloths.

As a history enthusiast, I’ve always been interested in a little-known story from World War One that partly occurred in Ieper, in far western Belgium (the main town has one name spelled two ways – the French “Ypres” or the preferred “Ieper,” in deference to that area’s Flemish heritage.)

There is no lack of charm to Ieper; many wealthy medieval cloth guilds spent fabric and button profits erecting gorgeous buildings. What is extraordinary is that most of what you see was painstakingly rebuilt after 1918 by the determined townsfolk themselves. They had been left with an artillery-ravaged wasteland after German and Allied forces mercilessly pounded the same real estate over and over again; not much was left but mud puddles, pockmarked walls and gaping holes.

My parents and I took my preteen daughter there to learn more about World War One (which tore the Victorian/Edwardian era apart and ushered in the Modern Age) and to hear stories like the December 1914 Christmas truce between German, British, French and Belgian soldiers, when arms were spontaneously laid down across parts of the Western Front.

Update. Here is a book that I recommend about the truce: 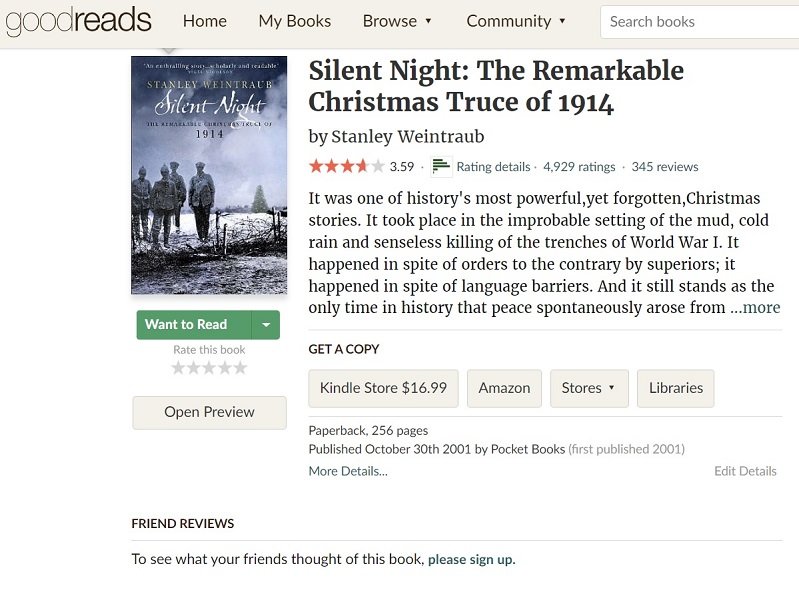 Screenshot from Goodreads of Stanley Weintraub’s book about WWI Christmas truce. Click the image to go to this page on Goodreads, then get it from your library or independent bookstore.

Although I’m a U.S. Navy veteran and have made it my business to study military history, I was not interested in my kid’s ability to recite the tactical differences between troop movements during the 2nd Battle of the Marne and the 3rd Battle of Ypres/Passchendaele, and frankly I can’t do that, either.

We were going for the big picture on war and some immersion into history.

Visual aids before a trip are usually helpful with children, so together we watched the classic WWI movie “All Quiet on the Western Front,” based on German Erich Maria Remarque’s 1929 anti-war novel. This award-winning film was quite controversial when it was released in 1930, mostly because there was nothing glossy or sentimental in its scathing portrayal of overly enthused civilians who thought war was some sort of grand adventure.

I also explained the importance of “In Flanders Fields.”

It is a poem written in a bloodied dressing station after seventeen straight days of battle, by Canadian doctor John McCrae. My grandmother was so impressed by the words that she cut it out of a magazine and put on her kitchen wall, where for decades I saw it hanging in the Texas heat . . .

“In Flanders Fields the poppies blow, between the crosses, row on row, that mark our place; and in the sky, the larks, still bravely singing, fly – scarce heard amid the guns below . . . “

For you and your family to grasp the enormity of the First War’s impact on this part of Belgium and upon the history of Europe, I have three recommendations:

We also attended a funeral.

Yes, even today the Belgians are still digging up bits and pieces of those whose names are lost to history (to say nothing of the artillery shells and weaponry that they regularly turn up after a good plowing.) Consider that 3000 guns fired four and a quarter million shells in the ten day bombardment prior to the 3rd Battle of Ypres.

Our tourguide learned that three remains had been recovered and were to be buried within an hour, so with the group’s concurrence (and my daughter’s curiosity about a funeral held almost eighty-five years after the Armistice) we diverted from the tour route and went to a tiny country cemetery.

So little remained of the fallen that they were each contained in a small, neat pine hatbox-sized container. A local Anglican priest came to the grave site to offer traditional words, and several Army representatives traveled from Britain to represent the men’s military unit, because insignia had been found to indicate that they had been with a Welsh regiment. It was a peaceful, sunny day as we watched the soldiers finally put to rest, and it helped bring a bit of closure to the countless stories my child had heard about those who were never found.

But let’s address the obvious . . . why the heck do you want to take a young person to see a battlefield? Or any less-than-pleasant destinations like Oświęcim in Poland, better known as the Auschwitz-Birkenau concentration camp? Clearly, such things can only be carefully shown and explained to mature children who are old enough to handle it, and that is an adult’s judgment call.

There are positive aspects to helping our youth learn how to grapple with the great issues of human existence, which unfortunately includes fundamental questions of why people sometimes kill each other. Children will become citizens and make voting decisions about weighty questions of war and when/whether to commit to it.

In view of the ongoing hostilities today, I cannot think of a more worthwhile journey to make with your kids than to Flanders Fields.

(Portions of this post ran as an article in the March/April 2007 issue of Transitions Abroad magazine. It won an Honorable Mention in the 2007 Solas Awards for travel writing)

The best WWI online educational information that I’ve found is this British Web site, which includes video clips like German troops marching into Brussels and music files of “It’s a Long Way to Tipperary”: https://www.firstworldwar.com/

This site uses Akismet to reduce spam. Learn how your comment data is processed.